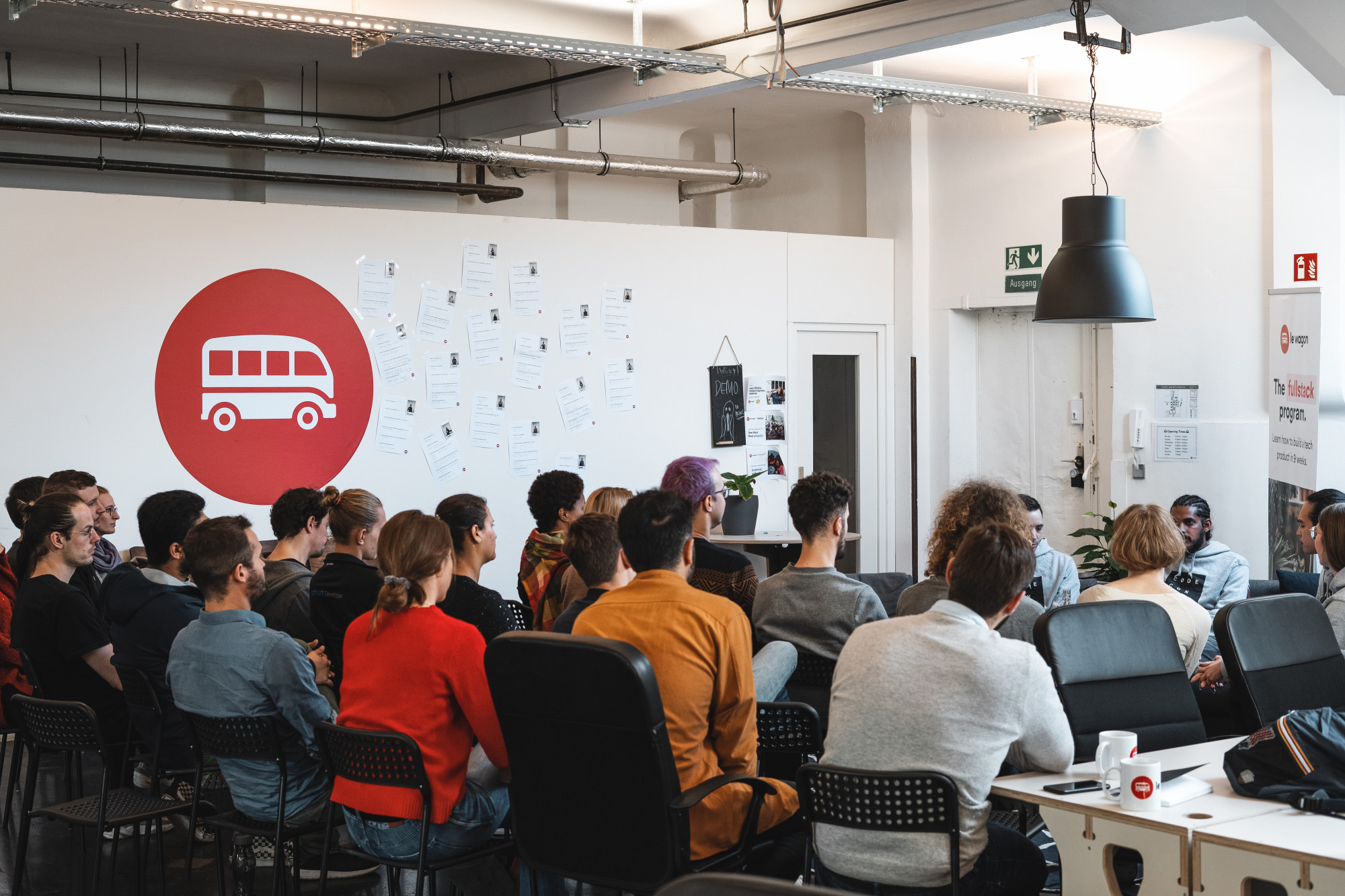 It’s here! The freelance revolution is upon us all—and it’s not only concentrated on the tech start-up world.

According to Forbes, “the range of disciplines continues to expand including, for example, medical professionals, management consultants, and bench scientists.” Basically, we’re everywhere.

The numbers don’t lie. Nearly 94 million Europeans are working remotely, this is increasing the need for effective middlemen to negotiate between freelancer and client.

Freelancers have a lot to think about, they are managing their own mini-empire, the buck starts and stops with them and sometimes the business side of things can be difficult to manage.

It’s useful to know there are agencies with the sole purpose of ensuring freelancer success.

That’s where we at CodeControl come in — our North Star has always been to establish ourselves as a future of work leader in the ever-expanding tech space. We are your ultimate cheerleaders, momagers and sounding boards.

We were recently invited by world-renowned coding Bootcamp Le Wagon to give an intensive crash course in everything tech freelance to imminent Le Wagon graduates at their Berlin hub.

A panel made up of three top senior freelancers from the CC community provided invaluable tips and tricks earned from years of working in the gig economy and how finding the right community can be life-changing.

The concept of togetherness highlighted at the event is something Le Wagon knows all too well.

With campuses in 35 countries worldwide, the 9-week Bootcamp has provided success to many through exposure to their vast network of 5411+ alumni and industry partners such as Trainline, Booking.Com, Google and more.

It was an ideal collaboration between CodeControl and Le Wagon. Let’s dive in!

The event provided good coffee and even better advice

The panel session lasted for an hour and a half, with a 25-minute introduction by CodeControl’s Community Builder Tristan Lim.

Every aspect of the gig economy and the future of work was covered, with standout topics including challenges ahead, benefits, and how to become the best freelancer you can be.

Overall, the consensus about working ad hoc was that it had more benefits than downsides. Here are a few topics that stood out.

Yeah, but what’s the benefit for me?

When asked about deciding between an in-house gig and freelance work, Irina Spicaka thinks it’s a natural choice. “I always ask [in-house employers]: What’s the benefit for me? Usually, it’s quite weak.”

Finding the right path to success can be a daunting process for those starting in the freelance world, and there are multiple factors to consider, such as personal finances, client expectations, being your own boss, etc.

Spicaka noted that building up experience before venturing out on your own is invaluable: “I was trying out working both ways [in a company and freelancing]. I’ve been freelancing fully for two years now, but if I get a gig with a company, I can work there for a few years to build my CV, and then go back to freelancing when I feel like it. It’s to help build my career.”

Bhushan Lodha found benefits in building an ironclad network through freelancing, “There are meet-ups, coworking spaces where you can go meet new people every day… I find it exhausting to go to an office and see the same people every day. I want to avoid office politics.”

Getting out of the mind trap

The fear of working on your own full-time is a real one. Like spider-level scary. Office politics aside, sometimes the frenetic energy of an office environment with the addition of a regular paycheck can be very comforting. Daniel found that when he was starting out as a freelancer, a challenge for him was maintaining similar ease.

“That’s the mind trap you need to deal with. I was stuck in this thinking that for every day, let’s say you would make 500 EUR per day, if you take ten days off then you miss out on 5000 EUR.”

For Irina, facing this challenge meant being a willing student of the hustle and maintaining an entrepreneurial mindset: “Not everyone is ready in the beginning to act like a business. But you learn by doing.”

Schafer addressed a similar solution: “You are your own business, you have to decide where best to spend your time. Contributing to open-source projects is nice, but it’s not necessarily worth the amount of time spent,” he said.

Freelancing isn’t a job, it’s a lifestyle, and it requires a great deal of self-care and management. The panel discussed two central tenets of freelance life: networking and education.

For networkers, schmoozing can be done on the fly or in a more strategic fashion, via the mother of all job networks: Linkedin. “Accept any connection on LinkedIn. Keep it very well updated, and after a certain time, you get spammed with job opportunities,” said Daniel.

Keeping a freelancer’s skill set sharp is down to maintaining a learning flow. “Learn about negotiating. The people that you talk to, their job is to negotiate and bring down your rate,” explained Bhushan.

He also suggested looking to those who have been in the game longer: “Usually try to work with senior developers when you’re just starting out; you will learn a lot more from a senior dev.”

This sentiment was in line with the event’s general feeling; the value of paying it forward in the industry.

The panel found that working with Future of Work leaders like CodeControl makes the freelance lifestyle that much desirable because they take the hassle out of finding impactful work.

“It comes down to how you handle your clients. With CodeControl, they take care of the negotiation and it’s handled transparently,” said Daniel.

Irina pointed to the pay inequality prevalent in the German job market, and how our method aims to even the score.

“In Germany, women earn 25% less than men. When there’s a company in the middle [like CC] with men taking care of the responsibility of negotiation, it makes it easier [to get what you want].”

There you have it. By the end of the day, the up and coming coders and tech experts were gifted a great deal of knowledge about what the freelance future holds and how they can start with a bang. Did we mention we can help with that?

Based in Berlin, Germany, CodeControl’s goal is to bridge the gap between any business and freelance tech talent.

Our large community of vetted senior freelance developers, product managers and designers are fluent in multiple coding languages and software frameworks. We match such talent with companies seeking an extra hand for their short-term or long-term projects.

So far, CodeControl has provided experts for companies such as Siemens, Lufthansa, Volvo and Smava, to name a few.

Want to hire Daniel, Irina, or Bushan? Reach out here!

*all photos provided by Le Wagon.